Home > Types of Surgery > What Does Having a Miscarriage Involve?

What Does Having a Miscarriage Involve? 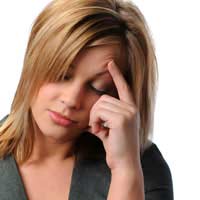 Miscarriages, sadly, are not uncommon and many thousands of women suffer this often psychologically traumatic experience every year in the UK alone. It does not mean that you have done anything wrong during your pregnancy or that you are not in good health or in good physical shape as it can happen to any pregnant woman no matter how physically fit you are or how careful you have been in terms of following all of the recommended advice during pregnancy. In fact, it’s estimated that somewhere in the region of between 10 and 20% of all pregnancies result in miscarriage.

What Is A Miscarriage And What Are The Symptoms?

The clinical definition for a miscarriage is the “spontaneous loss of pregnancy before 24 weeks”. That said, the overwhelming majority of miscarriages tend to occur within the first 12 weeks of pregnancy.

Common symptoms include vaginal bleeding which can be like a heavy period or even light spotting or you may notice a discharge or some other kind of tissue which you can’t identify which is brownish in colour.

You might experience cramping, back or pelvic pain and other noticeable symptoms may include the ceasing of all or some of the symptoms usually associated with pregnancy. For example, you might stop having morning sickness, your breasts may no longer feel tender and you may stop from having to pass urine so often.

However, many women do not experience any of these symptoms and, sometimes a miscarriage only becomes diagnosed as the result of a routine scan. But if you do experience bleeding during pregnancy or you notice some other vaginal discharge or have any of the other symptoms outlined above, you should get to hospital so that tests can be carried out.

There are several different types of miscarriage. They include:

If miscarriage is complete, then you will not need surgical treatment but for a missed or incomplete miscarriage, it might require surgery or you might need medication which will help to expel from your body what remains of the pregnancy. Depending on the circumstances, some women simply prefer to let nature run its natural course in the expelling process.

The surgical treatment is often referred to as a D&C, which stands for dilatation and curettage. This involves the emptying of the uterus using a surgical procedure which involves the use of suction to remove what remains inside the uterus. This procedure is carried out under general anaesthetic.

As with any procedure where anaesthesia is involved, you’re likely to feel a bit groggy afterwards but providing there have been no complications, it’s common for patients to go home the following day. You may experience bleeding for up to a week to 10 days and this can take a little longer to stop if you’ve incurred any infection which is usually cleared up with antibiotics.

However, from a physical perspective, the recovery is quite quick and your body’s natural ability to recover will mean that you’re likely to start having periods again within around a month to 6 weeks.

However, the main issues in recovering from a miscarriage surround your emotional and psychological response to the traumatic experience you’ve been through and, for many women, they can feel the same intensity of emotions such as grief, sadness and sometimes guilt which could be equally associated with any other form of bereavement.

You can feel emotionally numb, become withdrawn, feel worthless, guilty etc and no two people will ever respond in the same way. Some women will put it behind them more quickly than others and move on, perhaps even getting pregnant again quite quickly whilst others may feel completely isolated from the world. Here, it’s important to recognise that emotional support and understanding from partners and loved ones is crucial and counselling services can help you to get over the emotional pain.

Trying To Get Pregnant Again

Unless you’ve been told otherwise, it is usually perfectly safe for you to have sex and to try and get pregnant again if that’s what you’ve decided to do, as soon as any bleeding has stopped although doctors would recommend that you wait at least one normal period to have passed before you try to conceive again.