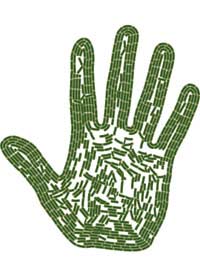 The term MRSA is now a common household term; there are few people who have not heard of it and who don’t realise its significance, even though they might not remember what the acronym stands for. Methicillin-resistant Staphylococcus aureus is a strain of a common bacteria found on the skin and in the nose that has become resistant to methicillin, a major class of antibiotic. Many strains have evolved into ‘superbugs’ that are resistant to many other antibiotics too, making them very difficult to treat and posing a significant danger for anyone having surgery.

It is difficult to believe, but MRSA was not even known to exist in 1960. It was discovered the following year and then began to spread like wild fire throughout the world. It is an infection that passes easily in hospitals and is also known officially as a hospital-acquired infection. People who are in hospital are among the least able to fight it off and MRSA is a particular problem in surgical units, as it causes a deep infection in the wounds of people who have just had operations.

Since the increases in MRSA were seen throughout the 1970s and 1980s, extensive data has been collected on the number of cases that have been detected in the UK, with lists published for individual hospitals and NHS Trusts. Because it takes so much time to sort out, analyse and publish the statistics, the latest figures are usually 3-5 years old but the website of the Health Protection Agency publishes on the reported cases on a regular basis.

Who is Affected by MRSA?

Patients in hospital are most at risk – more than 65 per cent of MRSA infections that become widespread in the blood are picked up during a hospital stay. Age is also an important factor. There are very few – less than 200 cases per year – of MRSA infection in people under 40. Men are more likely than women to become infected, although it is not clear why there should be such a big difference. Statistics on the number of cases by age show a dramatic increase after the age of 60, with most cases occurring in men who are more than 80 years old. In 2007, for example, there were 800 cases of MRSA bacteraemia in women over 80 in the UK, and over 1200 cases in men in that same age group. The latest available statistics show that 69% of all MRSA infections occur in people older than 65.

Analysis of long term data shows that in the 5 years from April 2002, there were 260 000 operations in the UK in 261 hospitals. The rate of infections was measured in terms of the number that were confirmed per every 1000 days after operations – post-operative days. Different hospitals had different infection rates and the range was 0.7 to just over 8 infections per 1000 post operative days. MRSA was responsible for 39% of all post-surgery infections and people having an operation on their bowel were most at risk. Rates of MRSA infection after surgery were much lower for people who were having replacement knees or replacement hip joints fitted.

As the number of cases of MRSA in hospitals and in patients who have had operations has increased, so has the number of deaths due to that infection. In 1993, there were 51 deaths in which MRSA was actually mentioned on the death certificate as a contributory factor in someone’s death. By 2005, this had risen to 1629.

The latest figures paint a mixed picture; some hospital trusts have been criticised for their high rates of MRSA infection but the problem is also common in the USA and Canada and there are no simple solutions. In the last few years, certainly since 2003, the figures do show a plateau in the annual number of cases and 2006 to 2009 data shows that measures to combat and prevent MRSA in hospitals are starting to take effect.
Next Page