Home > Case Studies > I Had My Spine Fused: A Case Study 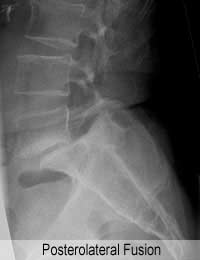 After years of chronic back pain and time off work, Jeff became increasingly frustrated at the impact that his back problems were having on his life. “I did often struggle at work. I was in so much pain and my back muscles would always be tensed up, making it difficult to move about. Sitting in meetings was a nightmare because I would become so stiff I could hardly walk after an hour,” he remembers.

Jeff’s boss in the management consultancy firm where he worked raised the matter of his constant sick leave and inattention at meetings officially during an annual appraisal three years ago. “Basically, I was issued an ultimatum; I either sorted the back problem or I took voluntary redundancy, so it was a very stressful time,” says Jeff. His employers were not completely unsympathetic, however, and advised him to take advantage of the healthcare insurance offered as part of his salary package to see if something could be done to treat his back.

Consulting a Back Surgeon

After visiting his GP to be referred to the private hospital of his choice, Jeff only had to wait two weeks to be seen by a consultant surgeon specialising in spinal problems. He then had to attend the hospital on four separate occasions to have extensive tests, including spinal X-rays and an MRI scan to try to locate exactly where the problem was and what was leading to his chronic back pain.

Jeff was surprised to be told that surgery to treat chronic back pain is fairly controversial; it is seen very much as a last resort and there isn’t any confirmatory evidence that surgery will always work to relieve chronic back pain. “In my case, I was lucky, if you can use that term in these circumstances. The MRI scan had shown a problem with three of my discs, which were dehydrated. The surgeon and another specialist who helped to interpret the scans thought that the disc material was not acting as a good enough shock absorber. This meant that moving about was putting constant pressure on that part of my back,” explains Jeff.

Jeff then had to go through another test called a discography. Jeff was sedated but conscious and an X-ray was used to guide the surgeon to put a needle directly into the three discs that he thought were causing the problem. A dye was injected into the discs and then Jeff’s spine was manipulated gently to see if movement put pressure on the discs. “It certainly caused me some significant pain, which apparently helped to confirm their theory; the next step was therefore spinal surgery,” says Jeff.

The surgeon recommended that one way to reduce the pain would be to fuse the vertebrae that were located on either side of the problem discs. The surgeon explain to Jeff that he would perform a procedure known as a posterolateral fusion. There are two basic methods of doing this; the traditional one involves grafting bone from the pelvis to the sides of the spine to fuse the vertebrae together and to stop all movement in the problem area of the spine.

Jeff’s surgeon recommended a slightly modified form of this operation, in which special screws were also used to keep the bones of the spine together so that they could fuse. “This had the advantage that my spine would be made completely stable as soon as the operation was complete; I didn’t have to wait for the bones to grow and fuse together. The screws would hold everything in place and then remain there as the bones grew and fused over time,” says Jeff.

The surgery took place 3 months after Jeff’s ultimatum was issued at work. It was a six hour operation and he was in hospital for just over a week. “It was difficult to tell how things had gone at first because I was very sore and in pain anyway but within three weeks I began to notice a real difference. As the incision site healed and the bruising resolved, I noticed that my back felt stiff, but in a good way. I certainly wasn’t in nearly as much pain,” he says.

Now, almost three years after his spinal fusion surgery, Jeff still has regular physiotherapy twice a week and also swims in his local pool every morning before work. “I haven’t had a day of with my back for the last two and a half years, so this was definitely worth it,” he adds.