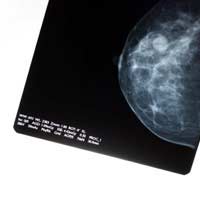 Treatment of breast cancer has advanced in leaps and bounds over the last 30 years, turning this type of cancer into a chronic condition for many women. Today, a woman diagnosed with early stage breast cancer that is still localised as around a 90 per cent chance of living for at least 5 years. Although drug treatments such as Tamoxifen, the aromatase inhibitors, new types of chemotherapy and herceptin most recently have played a great part in this, the role that surgery has must not be overlooked.

Removing most of the cancerous cells by cutting them away from the body is an important part of ensuring good survival in breast cancer. The type of operation that women are advised to have depends on the stage of their breast cancer – how aggressive it is and how far it has spread. It used to be the case that most women underwent a complete mastectomy – removal of the entire breast. In the last 20 years or so, surgeons have moved away from this and use lumpectomy much more frequently. This involves removing only the actual tumour, with a margin of healthy tissue around it.

Mastectomy and Lumpectomy: Pros and Cons

For many women, a mastectomy provided hope of long survival after breast cancer but removal of the whole breast leaves a physical and emotional scar. Today it is possible and recommended, that women have full breast reconstruction surgery either at the time of their mastectomy or after they have recovered, a few months later. In both cases, a full, natural breast is built up so their physical appearance can be similar to before once the incision marks and scars have healed. Some women today still have to have a mastectomy, or in some cases even a double mastectomy because they have a very aggressive form of cancer, or they have a genetic tendency to develop breast cancer at an early age.

Several large studies have shown that removing the cancerous tissue from most breast cancers but leaving the majority of the breast intact has no adverse effect on survival. This means that a woman with a small, localised breast tumour can have the same chance of surviving her disease if she has breast conserving surgery. The advantages of lumpectomy from the emotional and personal point of view are obvious – there is no loss of the breast, and the tissue expands after the lumpectomy so that the appearance of the breast is similar. There is no need for breast reconstruction and the operation is much less rigorous, so recovery times are shorter.

It is important that a lumpectomy does remove as many of the cancerous cells from the breast as possible. It is quite difficult to know exactly what margin of tissue to take, but surgeons use their experience and evidence from histology – looking at breast tumours and tissues under a microscope to make this assessment. Many surgeons remove a lymph node near to the breast, or take a biopsy from a lymph node to check there is no spread of the cancer, and some women will have radiotherapy or chemotherapy after surgery to try to mop up any cancer cells that have escaped from the breast and are circulating around the body.

Our knowledge of cancer is advancing all the time and some recent imaging work suggests that tumour margins may be much larger than we have previously believed. Work in the USA has shown that proteins in the cells that are thought to be in the safe zone, outside the tumour, indicate some precancerous changes. This may mean that a larger margin is always a good idea.

If you have breast cancer, you have choices in your treatment and you can express any preferences you have about mastectomy or lumpectomy. You need to make sure that you listen to the advice and explanations provided by your surgeons and the nurses you see and make an informed judgement. If you do have to have a mastectomy, you then face more decisions about when to have breast reconstruction. Some women prefer to get this done at the time of their operation, so that they have one recovery period, but others like to come to terms with the loss of their breast first, before embarking on further surgery.