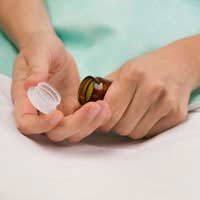 A ‘pre-med’ is the shortened term for pre-medication, which refers to a drug or a combination of drugs which are given to patients prior to them receiving anaesthetic. Sometimes these might be administered via an injection but, more commonly these days, they are taken orally in tablet or liquid form.

Not all patients require a pre-med but where it’s requested or the anaesthetist thinks it’s going to help with the kind of anaesthetic you’re going to be having, they might suggest it to you.

What Is a Pre-Med For?

A pre-med can serve a number of purposes but is more commonly associated with the taking of a drug with sedative properties which can be extremely useful for those who are of a nervous disposition as it helps to alleviate symptoms of anxiety and helps to relax a patient prior to their operation.

For obvious reasons, younger children in particular can find the prospect of surgery extremely traumatic and when they’re especially young, their fears are compounded by their inability to truly comprehend what’s about to take place so a pre-med can often be useful in this regard. However, it’s not just children who suffer with pre-surgery nerves and in order to try to get the patient as relaxed as possible, many adults too will be given a pre-med.

Additionally, a pre-med might also consist of one or more drugs which might be given to prevent nausea, reduce stomach acidity and to lower blood pressure as well as helping to dry your mouth so that you don’t produce too much saliva which could cause an acidic reaction later on in surgery. If you are to have a pre-med, it will usually be administered an hour or two before the actually surgery is due to commence.

When a Pre-Med Would Not Be Given

Many people find that they don’t want or need a pre-med itself and that the anaesthetic they will be given for the surgery itself, whether that is local or general, is completely sufficient and this can obviously be discussed with the anaesthetist prior to surgery.

However, those who are undergoing relatively minor surgery as part of a simple day patient procedure will not usually be given a pre-med as the drowsiness it can induce can delay their discharge from the hospital.

What Happens After The Pre-Med?

A pre-med is not the actual anaesthetic itself which you’ll be receiving. Once you’re ready to go into surgery, you’ll still be fully conscious, although the pre-med may cause you to feel relaxed and a bit drowsy. Depending on the type of surgery involved, you’ll then either be wheeled down to the operating theatre and transferred onto the operating table.

At this stage, you’ll be connected up to a number of monitors by the nursing team which will be needed so that the team can monitor your heart rate, blood pressure and oxygen levels and you’ll then be guided by your anaesthetist as to what is going to happen next, although you’ll have already been informed about that prior to the surgery taking place.

The final stage before you are put to sleep (if you are having general anaesthetic) is where a drip will be placed into a vein, usually on the back of your hand or in your arm, into which the anaesthetic drug is injected through it and you’ll be sent off to sleep for a while not to wake or to feel a thing until your surgery is complete.

For more information about understanding how anaesthetic works, there is another article contained in this section which you might want to refer to.