Home > Day Operations > Having a Vasectomy 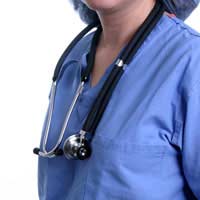 A vasectomy is the surgical procedure a man must have if he decides that he no longer wants to be able to have children. It involves cutting and sealing off the tubes (called the vas deferens) which carry sperm from the testicles to the penis. It does not affect sexual drive or the ability to ejaculate. The only difference is that the fluid which you ejaculate will not contain any sperm.

Whilst vasectomies are still carried out in hospital, these days they can sometimes also be performed at a GP practice or at a local clinic. The procedure only takes around 15 to 30 minutes and is usually carried out under local anaesthetic as a day patient. Therefore, although you will feel no pain, you will be fully conscious and aware of what is going on.

A vasectomy is generally carried out using a scalpel or some other form of special instrument (no scalpel technique) which is used to make a tiny incision in both sides of your scrotum or, sometimes, one cut in the centre. In the no scalpel technique, the opening of the skin is so tiny that no stitches are needed.

Once the incision has been made, a section of the vas deferens is then pulled through the incision hole and then each tube is cut and a small section removed. The tubes are then tied or are sealed using a heat sealing instrument called a diathermy.

Once that has been done, the vas deferens are then placed back carefully into your scrotum and the opening is closed off using dissolvable stitches or adhesive strips (where the scalpel technique has been used).

Naturally, the area around your testicles is likely to be sore and perhaps swollen for a few days once the anaesthetic wears off but this can normally be managed with simple, off the shelf, painkillers. You’ll also need to arrange for transportation home as you won’t be able to drive straight afterwards.

After just a couple of days, you should be able to resume all activity as normal, including driving and going back to work. If you wear loose fitting underwear, it’s advised that you wear supportive, tighter underwear or a jock strap which will help to support your scrotum and ease any discomfort you might be experiencing from any swelling as a result of the procedure.

However, if your job involves any heavy lifting or if you work out strenuously, you should refrain from both of these activities for about a week after the operation. It’s fine to shower or to bathe straight away but you need take a little care with washing and drying around the sensitive area initially.

Having Sex After a Vasectomy

You can resume sex as soon as you feel comfortable and in no pain. However, it’s important to use a condom initially as you’ll need to go back to the place where your operation was carried out later for 2 semen tests to ensure that both of your tubes no longer contain any sperm. The first sample is usually taken around 2 to 3 months after surgery and a second sample is taken around 2 weeks after that.

Throughout this period, therefore, if you are having sex, you must wear a condom or else you do run the risk of sperm still being present in your tubes which naturally can result in pregnancy which will be the last thing you’ll want to occur having put yourself through the surgery in the first place.