Home > Recovery > Coping After an Abortion

Coping After an Abortion 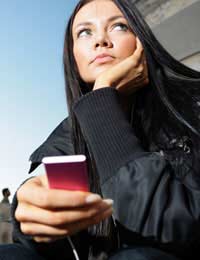 It is not uncommon for a woman to go through a whole range of emotions after they have been through an abortion and no matter how much you talked things through and sought advice and opinion and even if you’ve remained steadfast in your belief that the decision you took at the time was the right one, this doesn’t necessarily mean that you won’t experience a wide fluctuation in emotions for a period afterwards.

These can include feelings of guilt, grief, confusion, prolonged periods of sadness and depression or anxiety. It’s also not unusual to feel mixtures of negative emotions with feelings of happiness, empowerment and relief. This in turn often adds to the guilt later.

The fact is that there is no right or wrong way to feel after an abortion. Feelings aren’t uniform but very individual and specific and each person who’s been through an abortion might feel very different from another and feelings can change over time.

One of the worst things you can do following an abortion is to keep all of your emotions bottled up inside. Hopefully, you won’t have had to go through the experience of abortion on your own so keep communicate your feelings to the person or people that were there for you when you went through the abortion.

Even if they may only be able to offer words of comfort that mean little to you at the time, it’s important that you keep expressing your feelings no matter what they are and you may find that the support and comfort from those closest to you and the fact that you can get your feelings out helps to prevent you from sinking deeper into a depressive state.

However, if you don’t feel that you have anyone close to you with whom you can share your feelings, it’s often a good idea to get in touch with organisations such as the Brooks Advisory Centres network which is a registered charity aimed at helping people 25 years and under with a whole range of sexual health and related issues who can be a useful source of advice on counselling services you can turn to if you’ve been through abortion.

By looking after yourself physically after an abortion, it can often help keep your emotional health in good order too so eating healthily, taking regular exercise, getting enough sleep and enjoying some kind of social life and leisure pursuits are all positive steps in moving on with life after an abortion.

See It As a New Chapter

One of the ways women who have successfully put an abortion behind them have cited the fact that instead of perceiving the whole episode negatively, instead they decided to see it as the end of a chapter in life and the beginning of another. Therefore, if you do feel at a loss as to where your life is heading after an abortion, it’s often a good time to make new plans and to go in a different direction or try out new things. It could be a trip overseas you’ve wanted to make or a new hobby you’ve always wanted to try or simply something different that works for you. Whatever it is, as long as it stimulates you, it can only be a good thing.

Unfortunately, there is no time limit on getting over an abortion. Coping in the aftermath of an abortion is mostly about how you react to adversity as an individual and what type of personality you have as well as seeking out the support of others with whom you can confide your thoughts and feelings in as well as having a positive outlook on the rest of your life.

No woman would choose to have to go through an abortion so if you’ve been unfortunate to suffer this, you need to accept it and acknowledge the fact that we all make mistakes in life and to learn from the experience and move on.

The Importance of Remobilising After Surgery

Infection After an Operation

Pain Management and Control After an Operation
Share Your Story, Join the Discussion or Seek Advice..
[Add a Comment]
I justwanttoknowif anyonehave a surgecal abortion2weekslaterlightingheading
Love - 13-Apr-16 @ 3:56 PM
@ed - I am sorry to hear this, it can be a difficult decision to have to make, but it may be better in the long term, rather than having the child take off you again. Perhaps, it will give you time to focus on your real needs in order to start a new life. But in order to stop this happening again you need to take birth control, the upset is too much to go through when it can be prevented so easily.
Sasha - 17-Mar-15 @ 2:29 PM
My miss had an abortionto day we both had two kill ower littel one in her belly we r both verry up set about this we had two as ower other children r in cer and we did not what this one in cer
ed - 14-Mar-15 @ 8:19 PM
What if you dont want to see it as a new chapter. what if you just miss the baby you wanted but had to abort due to peer pressure, so much you cant think of anything else. you miss the feeling of feeling it move around inside of you. I had the abortion at the start of this year. but i still really want the baby that i should of had back, even though i cant. im still with my partner, but we dont talk about it much. I dont want to be a burden to anyone or upset anyone, so i dont really mention it.
Jane - 25-Oct-13 @ 7:31 PM
Title:
(never shown)
Firstname:
(never shown)
Surname:
(never shown)
Email:
(never shown)
Nickname:
(shown)
Comment:
Validate: